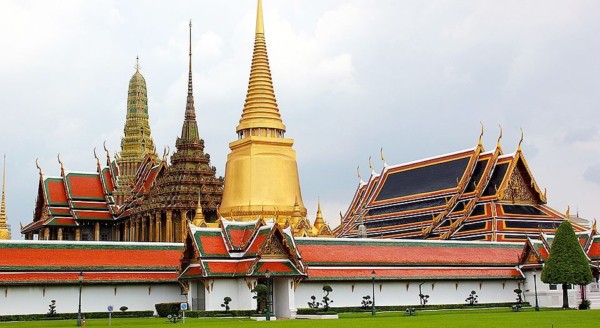 This tour will introduce you to the beauty of Thailand, in all its glory. We will visit Buddhist temples, a palace complex and take in the Thai culture and traditions for which the city is known.

The Grand Palace Bangkok is no longer the actual royal residence, but it is still a powerful symbol of the old kingdom. On this trip, we will also see the historically and religiously relevant sights such as the Wat Phra Kaew Temple of the Emerald Buddha the most sacred temple in Thailand, along with the Royal Throne Hall, the Funeral Hall and other Grand Palace sights.

The Grand Palace is a complex of buildings in the heart of Bangkok. It was built in 1782 by King Rama I as a royal residence and seat of government. Since then, more than 30 kings have lived and worked there. The Grand Palace is a synthesis of Thai architectural styles that also includes influences from Chinese, Ayutthaya, Khmer and European architecture. The palace grounds have been beautifully maintained.

Located in the complex Grand Palace is the famous Emerald Buddha, a 66 cm tall statue made of jasper and other semi-precious stones, dressed in gold and sitting in a meditating position. Wat Phra Kaew was built in 1782 on the orders of King Rama I.

The Emerald Buddha is the most revered Buddha image in Thailand and is an important symbol of Buddhism and Thai identity.

The king changes the costume of the Buddha according to the weather of each season. There are three different costumes of the Emerald Buddha, one for each season: hot summer season, rainy season and cold winter season. When the king is sitting in the Grand Palace Throne Hall, the Buddha is dressed in a costume.

The Emerald Buddha is a symbol of peace and harmony. Many people describe the temple as stunning and angelic because of the amazing design and intricate decoration.

And the other architectural marvels

There are over 22 buildings to visit at Grand Palace. You will be overwhelmed by the magnificent architecture and beautiful works of art.

The following tour will introduce you to the history of this complex of buildings. Our expert guide will take you behind the scenes and show you what happens inside this mysterious building: how a work of art is unveiled for all to see and which way is paved with gold. From the inside, you’ll get a detailed look at life behind the palace walls as well as amazing views of all of Bangkok.

9 AM : Meet in your hotel lobby. We’ll head to Rattanakosin Island, Bangkok’s predecessor and historic district. We will; visit The Grand Palace and Wat Phra Kaew known as the Temple of the Emerald Buddha.

11 AM : Next we’ll take a stroll down the Royal Way, Ratchadumnoen Road. On this road, you’ll be able to see many monuments, examples of Thai architecture and famous landmarks such as the Parliament Hall, Anantasamkhom Palace and the Chitlada Palace King’s Residence. We’ll even see the Boxing Hall.

12 PM : Return to your accommodation

Need Help?
Contact us
License No. 24/00144
issued by the Department of Tourism
© 2023 Bon Voyage Thailand. All Rights Reserved.